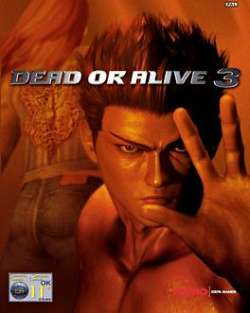 Dead or Alive 3 is a fighting game in the Dead or Alive series. It was released exclusively on the Xbox as a launch title. The basic gameplay controls and commands remain essentially unchanged from Dead or Alive 2; however, some minor tweaks have been added to the game system in the form of increased counter periods, unrestricted 3D-axis movement, and less emphasis on juggling combos. All these gameplay enhancements make the game more suited for beginners, and makes the artificial intelligence much more forgiving. Finally, the game incorporated less damage percentiles in counter maneuvers, added four new characters to the roster, and game's tag controls were changed to insert Attack Change, a new tag system feature where the fighting character can switch places with his or her tag partner, which can then unleash an attack while a character is jumping in.