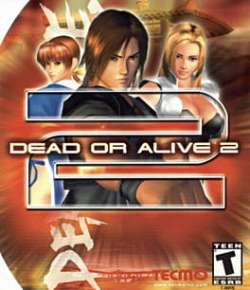 Dead or Alive 2 is a fighting game in the Dead or Alive series. The gameplay of DOA2, and all subsequent Dead or Alive games, borrows heavily from the Virtua Fighter series, but makes some key changes that drastically changes the way Dead or Alive is played in comparison to Virtua Fighter. In DOA2, the basis of the entire fighting system is the circular relationship between three types of moves: holds, throws, and blows.The other defining feature of DOA2, aside from holds/throws/blows, is its stun system. In DOA2 many attacks upon hitting will inflict a stun on the opponent. While stunned, the opponent cannot attack, and cannot guard, but they can hold.