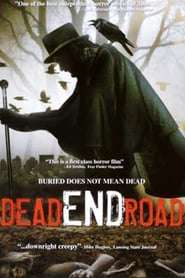 Detective Burt Williams has been on the trail of the infamous "Poe killer" for nearly three years. The most recent abduction of fashion model Heather Makepiece prompts state authorities to bring in the FBI. Burt's daughter Kris Williams, a homicide agent for the FBI, along with her partner Sean Michaels take over. Burt reluctantly steps down from the case and retires. For the next seven months the "Poe Killer" continues his murderous rampage, until Kris discovers that the killer uses internet chat rooms to seduce his prey. She logs in as Annabel Lee and sure enough, he contacts her. With the help of Larry the tech guy, she sets up a meeting at a nearby bowling alley. But, when things go wrong and Kris is abducted and her partner Sean is slaughtered, it becomes a race against time for Burt and ex-partner Grace Andrews to find Kris before she becomes the next victim of the "Poe Killer".

How To Watch Dead End Road