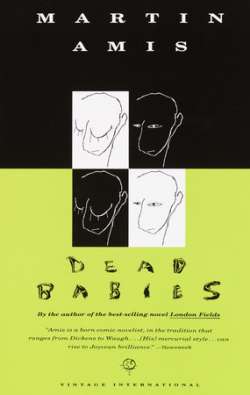 If the Marquis de Sade were to crash one of P. G. Wodehouse's house parties, the chaos might resemble the nightmarishly funny goings-on in this novel by the author of London Fields. The residents of Appleseed Rectory have primed themselves both for a visit from a triad of Americans and a weekend of copious drug taking and sexual gymnastics. There's even a heifer to be slugged and a pair of doddering tenants to be ingeniously harassed. But none of these variously bright and dull young things has counted on the intrusion of "dead babies" -- dreary spasms of reality. Or on the uninvited presence of a mysterious prankster named Johnny, whose sinister idea of fun makes theirs look like a game of backgammon.