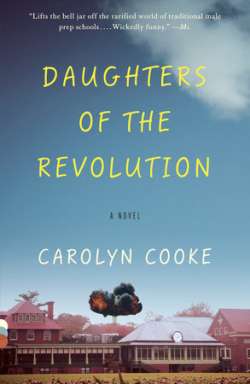 Daughters of the Revolution

In 1968, a clerical mistake threatens the prestigious but cash-strapped Goode School in the small New England town of Cape Wilde. After a century of all-male, old-boy education, the school accidentally admits its first female student:  Carole Faust, a brilliant, outspoken, fifteen-year-old black girl whose arrival will have both an immediate and long-term effect on the prep school and everyone in its orbit.

There’s the school’s philandering headmaster, Goddard “God” Byrd, who had promised co-education “over his dead body” and who finds his syllabi full of dead white males and patriarchal tradition constantly challenged; there’s EV, the daughter of God’s widowed mistress who watches Carole’s actions as she grows older with wide eyes and admiration; and, finally, there’s Carole herself, who bears the singular challenge of being the First Girl in a world that’s not quite ready to embrace her.