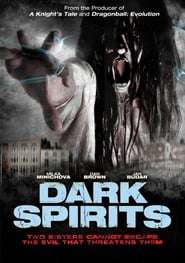 In this tense, heart-stopping supernatural-thriller, blonde beauty Eva foresees the brutal murder of her sister, Tereza—with whom she has recently argued—in a dream. Still angry, Tereza refuses to heed her warnings and shortly thereafter dies under gruesome and mysterious circumstances. In mourning and wracked by guilt, Eva moves to another city with her boyfriend. But the increasingly intense and disturbing visions continue to plague her, as well as inexplicable sightings of her dead sibling. In search of an explanation, she realizes that the evil behind her sister's death is now pursing her!

How To Watch Dark Spirits