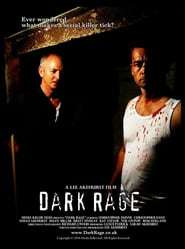 Ned Harris is a fifty-something everyman. Doting father. Loyal colleague. Compassionate landlord. Serial killer. Beneath the seemingly normal surface resides a web of warped sensibilities, spontaneous brutality and cold-blooded murder. A psychiatrist would probably blame Ned's peculiar childhood, but what's Paul's excuse? Paul James is Ned's long-standing tenant - callous and calculating, with voyeuristic tendencies and a bizarre sense of humour. So when Kate and Jason, a young couple with problems of their own, move into Ned's building, they prove to be the catalyst for a shocking turn of events. It's not long before Ned's rapidly unravelling life spirals completely out of control, as we race towards a deadly conclusion. The story culminates in a final showdown between Ned and Paul, where they are forced to confront their demons and reveal their darkest secret. Dark Rage is a twisted journey into a deeply disturbed mind. Not for the faint-hearted!

How To Watch Dark Rage