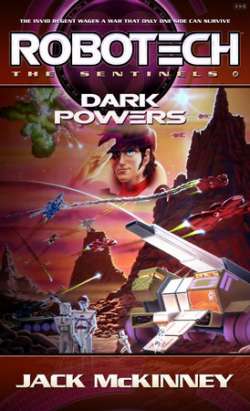 The Robotech Expeditionary Force had been stranded on the far side of the galaxy as the result of damage to their Super Dimensional Fortress during the battle with the Invid hordes. Their chances for survival were slim.

Suddenly, a starship unlike anything that had ever flown before appeared -- manned by an incredible assortment of beings who meant to challenge the might of the Invid Regent himself!
REF volunteers signed aboard, with their might war mecha in tow, for a campaign that would either mean the total destruction of the freedom fighters or liberty for the planets of -- The Sentinels.