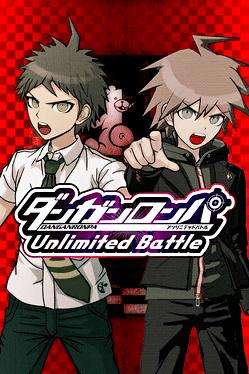 In Danganronpa: Unlimited Battle, the player must assemble a team of four characters, and use the touch screen to slingshot attacks against the opposing side of enemies. The game may be controlled by one to four players. The game is be free-to-play and has in-app purchases, which allows the player to buy the in-game currency from prior titles called "Monokuma Coins".