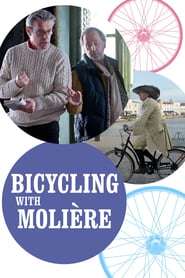 Serge Tanneur (Fabrice Luchini) is at the pinnacle of his acting career when he decides to turn his back on show business and become a hermit living off of France’s Atlantic coast. Three years later, Gauthier Valence (Lambert Wilson), a beloved TV actor, shows up on the island to offer Serge a role in his directorial debut – a rendition of Molière’s classic play, “The Misanthrope”. Serge refuses at first, but then suggests that they rehearse the first scene and after five days he’ll decide if he wants to dothe play or not. What ensues is a battle of brawn and wits and peculiar encounters with a hotel maid who longs to be a pornstar and an Italian divorcée.