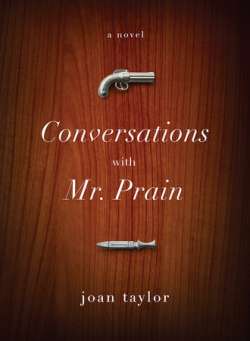 Overlooked by critics on its initial release in 2006, this erotically charged mystery has nonetheless continued to develop such a following among booksellers that Melville House has decided to re-release it in a stunning new package.

As for the story that's earning such loyalty: it's a whip-smart conversation between Stella, a vivacious, aspiring writer and Bohemian eco-activist, and Edward Prain, a refined connoisseur of the rare books on hand in Stella's fusty London bookstall.

While Prain is mysteriously aloof about his background, Stella finds his insights into art more and more stimulating, until one rainy afternoon she makes a surprising discovery: Prain is the head of England's most prestigious publishing house and a leading collector of art. And now, he would like her to come to tea at his country estate . . . to discuss her writing.

Stella is too intrigued to say no. Yet their cat-and-mouse game only intensifies at his sumptuous estate, where she finds herself engaged in an increasingly devilish conversation on the making of art, the selling of art, and the protection of self until Prain reveals that he knows more about her past than he has ever let on. . . .