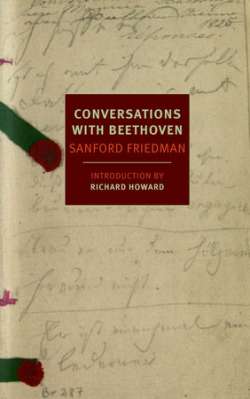 Deaf as he was, Beethoven had to be addressed in writing, and he was always accompanied by a notebook in which people could scribble questions and comments. Conversations with Beethoven, in a tour de force of fictional invention, tells the story of the last year of Beethoven’s life almost entirely through such notebook entries: Friends, family, students, doctors, and others attend to the volatile Maestro, whose sometimes unpredictable and often very loud replies we infer. A fully fleshed and often very funny portrait of Beethoven emerges. He struggles with his music and with his health; he argues with and insults just about everyone. Most of all, he worries about his wayward—and beloved—nephew Karl. A large cast of Dickensian characters surrounds the great composer at the center of this wonderfully engaging novel, which deepens in the end to make a memorable music of its own.