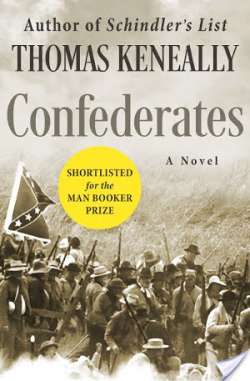 A powerful novel of America’s Civil War told through the voices of Confederate soldiers, turncoats, and Stonewall Jackson in the weeks leading up to the great slaughter at Antietam In the summer of 1862, as the Civil War rages on, a ragtag Confederate army consisting of young boys and old men, storekeepers, farmers, and teachers, gathers in Virginia under the leadership of Tom “Stonewall” Jackson, ready to follow their sainted commander to glory—or hell. One of these men, Usaph Bumpass left his wife, Ephie, behind to join the Shenandoah Volunteers, only to discover Ephie’s lover, Decatur Cate, among his comrades. Still, Usaph remains steadfast in his devotion to a cause he does not fully understand, even as troubling memories of home invade his mind on the march north. But a dark destiny awaits brilliant military strategist Jackson and his Southern boys, as hard truths about war, loyalty, love, life, and death are revealed in the fires and bloodshed at Antietam. A breathtaking work of historical fiction that captures the human face of war as few novels have done before, Confederates has been compared to Tolstoy’s epic War and Peace as an artful, honest, and profoundly moving depiction of the lot of the soldier. Shortlisted for Great Britain’s prestigious Man Booker Prize, this masterful tale of love, duty, and conflict from author of Schindler’s List Thomas Keneally is an enduring and unforgettable classic of Civil War literature.