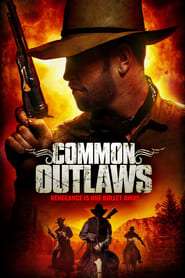 Fifteen years after their father was gunned down in cold blood, Cashius and Winston Hurley return to their hometown to avenge his death. Joining forces with their cousin Bugsy, the two gun-slinging brothers hunt down everyone involved in their father's murder. As the bullets fly and the death toll rises, the three young cowboys find themselves fugitives from the law, running for their lives and fighting for their revenge.

How To Watch Common Outlaws