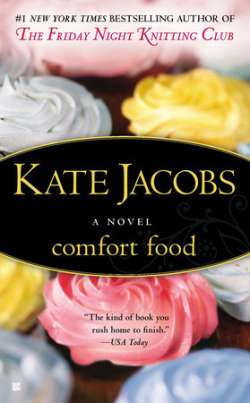 Now in paperback from the #1 New York Times bestselling author of The Friday Night Knitting Club...

Shortly before turning 50, TV cooking show personality Augusta "Gus" Simpson discovers that the network wants to boost her ratings by teaming her with a beautiful, young new co-host. But Gus isn't going without a fight-whether it's off-set with her two demanding daughters, on-camera with the ambitious new diva herself, or after-hours with Oliver, the new culinary producer who's raising Gus's temperature beyond the comfort zone. Now, in pursuit of higher ratings and culinary delights, Gus might be able to rejuvenate more than just her career.