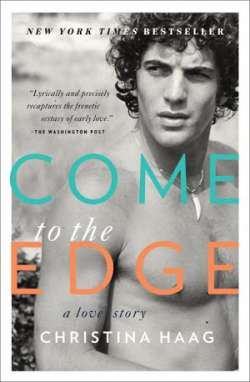 Come to the Edge

The Love Story of JFK Jr. and Christina Haag • New York Times bestseller When Christina Haag was growing up on Manhattan’s Upper East Side, John F. Kennedy, Jr., was just one of the boys in her circle of prep school friends, a skinny kid who lived with his mother and sister on Fifth Avenue and who happened to have a Secret Service detail following him discreetly at all times. A decade later, after they had both graduated from Brown University, Christina and John were cast in an off-Broadway play together. It was then that John confessed his long-standing crush on her, and they embarked on a five-year love affair. Glamorous and often in the public eye, but also passionate and deeply intimate, their relationship was transformative for both of them. Exquisitely written, Come to the Edge is an elegy to first love, a lost New York, and a young man with an enormous capacity for tenderness, and an adventurous spirit, who led his life with surprising and abundant grace.