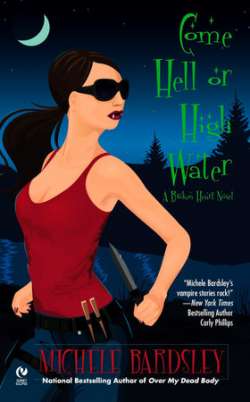 Everybody makes mistakes—my first one was named Connor, a heart-stealing Scottish hottie. I thought our night together was the beautiful beginning to a love story, which turned out to be my second mistake. I, Phoebe Allen, lifelong Broken Heart resident and vampire, am now mated to a half-demon.

Thankfully Phoebe's four-year-old son Danny is safely away at Disneyworld with his human father. Because Phoebe's right in the middle of major paranormal drama, helping Connor and his rag-tag group of friends retrieve part of an ancient talisman in order to ward off Connor's vicious stepmother, an uber-demon named Lilith. Phoebe swears she isn't falling for any of Connor's demon charm. But still, he's willing to do anything to protect her and prevent demons from storming into Broken Heart. And her undead heart can't resist a bad boy with identity issues...