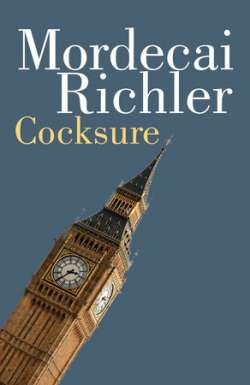 In the swinging culture of sixties’ London, Canadian Mortimer Griffin is a beleaguered editor adrift in a sea of hypocrisy and deceit. Alone in a world where nobody shares his values but everyone wants the same things, Mortimer must navigate the currents of these changing times. Richler’s eccentric cast of characters include the gorgeous Polly, who conducts her life as though it were a movie, complete with censor-type cuts at all the climactic moments; Rachel Coleman, slinky Black Panther of the boudoir; Star Maker, the narcissistic Hollywood tycoon who has discovered the secret of eternal life; and a precocious group of school children with a taste for the teachings of the Marquis de Sade. Cocksure is a savagely funny satire on television, movies, and the entertainment industry. This is Mordecai Richler at his most caustic and wicked best.