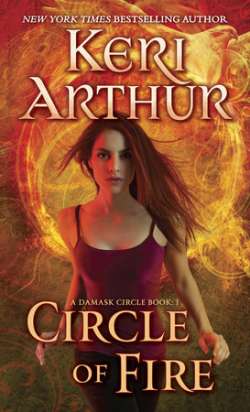 Sixteen teenagers taken from their homes. Eleven bodies recovered, each completely drained of blood. Some believe vampires are responsible. Jon Barnett knows that what’s happening is far worse. Sent by a group of paranormal investigators known as the Damask Circle, Jon quickly becomes enmeshed in a web of black magic and realizes he needs help. But fate gives him only one choice.

Madeline Smith has retreated to an isolated farmhouse, afraid of the abilities she cannot control—abilities that have killed. But when a “ghost” brings a warning of danger and her nephew goes missing, Maddie not only has to leave her haven, she has to place her trust in a man who is neither ghost nor human. As the noose of sorcery tightens, the search for the teenagers becomes a race against time. But the greatest danger to Maddie and Jon could be the intense feelings they refuse to acknowledge but cannot ignore.