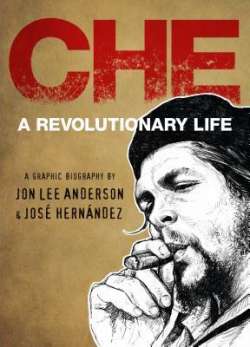 Acclaimed around the world and a national best-seller, this is the definitive work on Che Guevara, the dashing rebel whose epic dream was to end poverty and injustice in Latin America and the developing world through armed revolution. Jon Lee Anderson’s biography traces Che’s extraordinary life, from his comfortable Argentine upbringing to the battlefields of the Cuban revolution, from the halls of power in Castro’s government to his failed campaign in the Congo and assassination in the Bolivian jungle. Anderson has had unprecedented access to the personal archives maintained by Guevara’s widow and carefully guarded Cuban government documents. He has conducted extensive interviews with Che’s comrades—some of whom speak here for the first time—and with the CIA men and Bolivian officers who hunted him down. Anderson broke the story of where Guevara’s body was buried, which led to the exhumation and state burial of the bones. Many of the details of Che’s life have long been cloaked in secrecy and intrigue. Meticulously researched and full of exclusive information, Che Guevara illuminates as never before this mythic figure who embodied the high-water mark of revolutionary communism as a force in history.