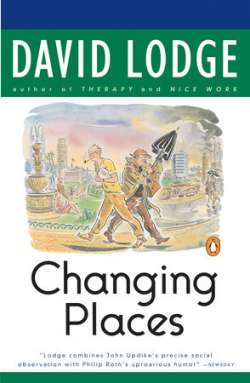 Euphoric State University with its whitestone, sun-drenched campus and England's damp red-brick University of Rummidge have an annual professorial exchange scheme, and as the first day of the last year of the tumultuous sixties dawns, Philip Swallow and Morris Zapp are the designated exchangees. They know they'll be swapping class rosters, but what they don't know is that in a wildly spiraling transatlantic involvement they'll soon be swapping students, colleagues, and even wives. Changing Places is a hilarious send-up of academic life, intellectual fashion, sex, and marriage by a writer Anthony Burgess has called "one of the best novelists of his generation."