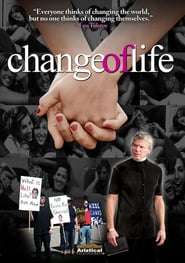 A gay-bashing evangelical minister gets a once-in-a-lifetime opportunity to change his hateful ways following a life-altering tragedy. Gary Catell is the intolerant host of a nationally syndicated radio program. He uses the airwaves to spread the message that all homosexuals are destined to burn in hell. But when Gary's lesbian daughter calls in and commits suicide on the air, he prays that God will give him a second chance to save her. And God grants Gary's wish, but with an unexpected twist. The following day, Gary awakens to discover that not only has he been transformed into a gay man, but time has also been turned back two weeks. His daughter is still alive, but saving her won't be easy. Only by redeeming himself and learning to love all of God's creatures will the man who once condemned homosexuals be able to save his own daughter from committing the ultimate sin, and suffering for all of eternity. ~ Jason Buchanan, Rovi

How To Watch Change of Life