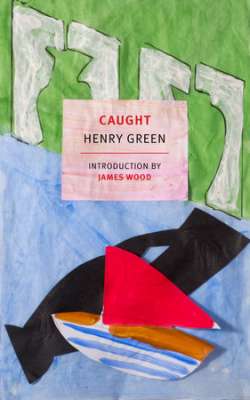 During the Blitz, Henry Green served on the London Auxiliary Fire Service, and this experience lies behind Caught, published when the bombing had only recently ended. Like Green, Richard Roe, the hero of this resolutely unheroic book, comes from the upper class. His wife remains at their country estate, far from the threatened city, while Roe serves under Pye, a professional fireman whose deranged sister once kidnapped Roe’s young son, a bad memory that complicates the relationship between these two very different men. The book opens as the various members of the brigade are having practice runs and fighting boredom and sleeping around in the months before the attack from the air. It ends with Roe, who has been injured in the bombing, back in the country, describing and trying to come to terms with the apocalyptic conflagration in which he and his fellows were caught, putting into question the very notion of ordinary life.

Caught was censored at the insistence of its publisher, Leonard Woolf, when it came out in 1943. This is the first American edition of the book to appear as Green intended.