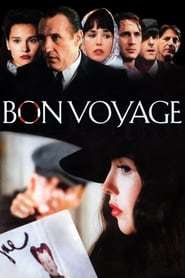 Isabelle Adjani and Gerard Depardieu star in director Jean-Paul Rappenau's amusing farce set on the eve of World War II, which follows the intersecting lives of four Parisians as they cope with the impending invasion of their city by German forces. As the French government braces for impact, the lives of a young writer, a vain movie star, a French politician and a young scientist are examined as they attempt to deal with war and evade German spies.