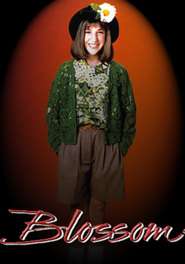 Blossom is an American sitcom broadcast on NBC from January 3, 1991, to May 22, 1995. The series was created by Don Reo, and starred Mayim Bialik as Blossom Russo, a teenager living with her father and two brothers. It was produced by Reo's Impact Zone Productions in association with Witt/Thomas Productions and Touchstone Television.

How To Watch Blossom