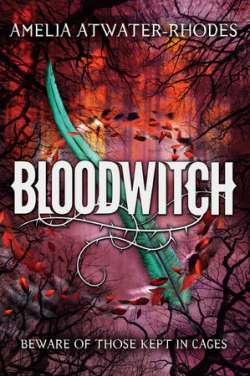 The first book in an urban fantasy series about loyalty, power, and the rules of survival.

Vampires are the only guardians Vance Ehecatl has ever known since he was abandoned by his shapeshifter family. He is grateful to them for generously providing for all of his needs and for offering him a home in the powerful empire of Midnight. But when an act of violence forces Vance from his sheltered life, he’s startled to meet Malachi Obsidian, a fellow shapeshifter with conflicting ideas about Midnight and its leader, Mistress Jeshickah.

Malachi claims Vance is a bloodwitch, who Jeshickah and her trainers, Jaguar and Taro, are trying to control. Vance doesn't know anything about the rare and destructive magic Malachi says he possesses, and he can't believe Jeshickah would use it to hurt others. But when his friends begin falling ill, Vance starts to realize his perfect world may not be as flawless as it seems. Now Vance must decide who to trust—the vampires he's always relied upon, or the shapeshifters who despise them.

Praise for Bloodwitch, Book 1 in the Maeve’ra trilogy:

"Edgy world building, with cultures and societies based loosely on real history, is compelling. This book is highly recommended for Atwater-Rhodes fans and urban fantasy or alternate reality readers." —VOYA

"Plenty of fun ahead for the author’s many fans." —Kirkus

"Atwater-Rhodes made a splash with her first novel, In the Forests of the Night (1999). Since then she has continued writing lush fantasies of fully realized, well conceived worlds, and the first volume in the new Maeve’ra series is no exception." —Booklist