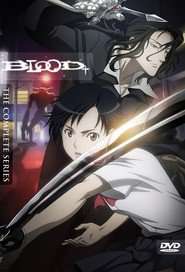 Blood+, pronounced as "Blood Plus", is an anime series produced by Production I.G and Aniplex and directed by Junichi Fujisaku. The series premiered in Japan on Sony's anime satellite channel, Animax, as well as on terrestrial networks such as MBS, TBS, and RKB on October 8, 2005. The final episode aired on September 23, 2006. Blood+ is licensed for international distribution in several regions through Sony Pictures' international arm, Sony Pictures Television International. Blood+ was inspired by the 2000 anime film Blood: The Last Vampire; however, there are only a few allusions and basic elements from the film. Fujisaku has been involved with both works, including acting as the director for Blood+ and writing the novelization of Blood: The Last Vampire.