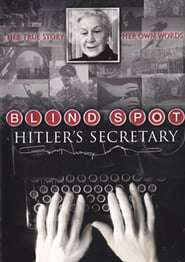 Documentarians Andre Heller and Othmar Schmiderer turn their camera on 81-year-old Traudl Junge, who served as Adolf Hitler's secretary from 1942 to 1945, and allow her to speak about her experiences. Junge sheds light on life in the Third Reich and the days leading up to Hitler's death in the famed bunker, where Junge recorded Hitler's last will and testament. Her gripping account is nothing short of mesmerizing.