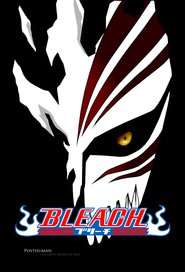 Bleach is the story of Ichigo Kurasaki, a scrappy high-schooler who is thrown into battling ghosts, death gods, and more. He is studying to be a Shinigami, responsible for taking care of the souls of the dead as well as dispatching ghosts and malevolent spirits. Because Ichigo can see these spirits, he got tangled up in a fight between a Shinigami and an evil ghost. The Shinigami, Rukia, was forced to save him, but in order for them both to survive, she gave him her powers. Now, under her guidance, he's working to become a full Shinigami, mastering combat and magical powers.

How To Watch Bleach