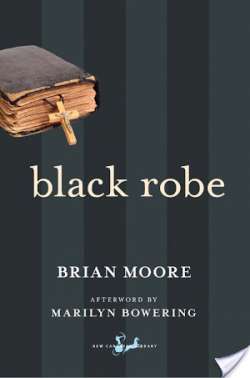 Black Robe , an account of the 17th-century encounter between the Huron and Iroquois the French called "Les Sauvages" and the French Jesuit missionaries the native people called "Blackrobes," is Brian Moore's most striking book. No other novel has so well captured both the intense--and disastrous--strangeness of each culture to one another, and their equal strangeness to our own much later understanding.