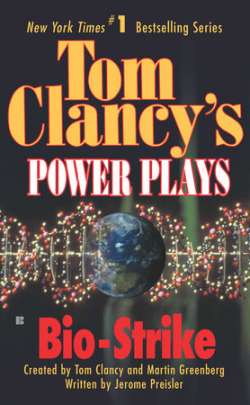 The most dangerous man of this century has employed the most dangerous weapon yet. Criminal mastermind Harlan DeVane has developed—and spread—a deadly, genetically engineered “superbug” resistant to all known cures. A microscopic time bomb, it will lie dormant inside its human hosts until detonated by specific biochemical triggers.

DeVane plans to auction off the triggering elements to the highest bidder, but first he’ll use them to destroy the greatest threat to his operation: Roger Gordian, head of UpLink Technologies. As Roger falls prey to the disease, his medical and intelligence teams race to find the cause and the cure—but because in Roger’s fate lies the fate of the world.