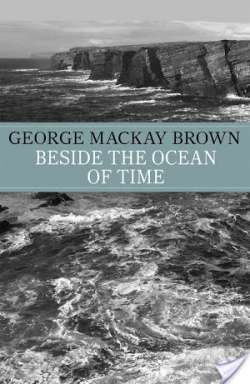 Beside the Ocean of Time

In this novel set on the fictitious island of Norday in the Orkneys, George Mackay Brown beckons us into the imaginary world of the young Thorfinn Ragnarson, the son of a crofter. In his day-dreams he relives the history of this island people, travelling back in time to join Viking adventurers at the court of the Byzantine Emperor in Constantinople, then accompanying a Falstaffian knight to the battle of Bannockburn. Thorfinn wakes to the twentieth century and a community whose way of life, steeped in legend and tradition, has remained unchanged for centuries. But as the boy grows up - and falls in love with a vivacious and mysterious stranger - the transforming effect of modern civilization brings momentous and irreversible changes to the island. During the Second World War Thorfinn finds himself in a German prisoner-of-war camp, and it is here that he discovers his gifts as a writer. Long afterwards he returns, now a successful novelist, to a deserted and battle-scarred island. Searching for the peace and freedom of mind he had in abundance as a child, he finds instead something he didn't even know he was looking for. George Mackay Brown intertwines myth and reality to create a novel of deceptive simplicity. The story of Thorfinn and the island of Norday is a universal and profound one, rooted in the timeless landscape of the Orkneys, the inspiration of all his writing.