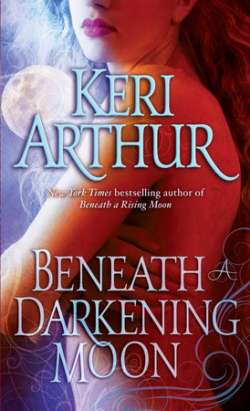 Beneath a Darkening Moon

Keri Arthur, the New York Times bestselling author of the Riley Jenson Guardian series, returns to the Ripple Creek werewolf reservation of Beneath a Rising Moon—where the past has come back with a vengeance to haunt a beautiful ranger.

Savannah Grant still harbors deep secrets and carries emotional scars from a love affair gone bad many years ago. She has tried to bury her heartbreak in her job as chief ranger of the Ripple Creek werewolf reservation. But now someone is murdering humans on her turf, and the pattern matches a series of deaths she witnessed a decade ago: the same year that she met—and lost—the love of her life.

The murderer seems to have risen from the grave. Then Savannah’s old love appears. Cade Jones is an Interspecies Investigation Squad officer, determined to catch the killer he let slip through his grasp once before—in part because of a bewitching young werewolf. Now, as moon heat reignites their desire for each other, Savannah and Cade are forced to come to terms with long-buried secrets—not only to stop a monster from killing again . . . but to give their promise to the moon one more chance.