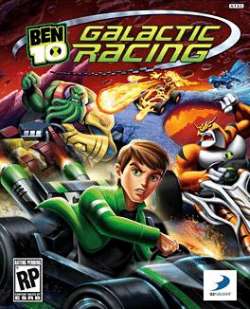 It's a galactic race to the finish as Ben, Kevin and twelve of Ben's alien heroes join an interplanetary Galactic Grand Prix in Ben 10 Galactic Racing, an action-packed game now available on all platforms. This is the first Ben 10 game to be a racing game.