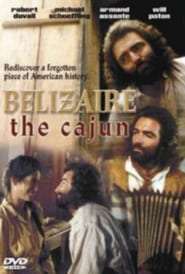 In 19th-century Louisiana's Cajun country, Belizaire (Armand Assante) is the informal spokesman for his citizens, who don't see eye to eye with local racists who wish to eradicate all Cajuns. Complicating matters is the fact that Belizaire's former flame (Gail Youngs) is now married to his biggest rival (Will Patton), an affluent landowner's son. Before he knows it, Belizaire is caught up in a web of murder, lies and prejudice.