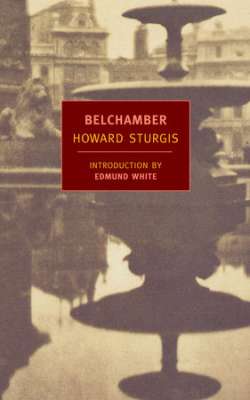 Charles Edwin William Augustus Chambers—Marquis and Earl of Belchamber, Viscount Charmington, and Baron St. Edmunds and Chambers—known familiarly as Sainty, is the scion of an ancient English aristocratic family. Behind him stretches a rogues’ gallery of picturesque upper-crust scoundrels. But he is uninterested in riding to hounds or drinking or whoring in the great tradition of his forebears, and though he admires his tough-minded puritanical Scottish mother, he lacks her unrelenting moral self-assurance. Sainty is instead a sensitive soul, physically delicate, sexually timid, intellectually inclined, utterly honest, and thoroughly decent, but constitutionally incapable of asserting himself. When it comes to assuming the responsibilities of his inheritance, to managing his feckless younger brother Albert or fathoming his sly cousin Clyde, and, above all, to the essential business of marrying and continuing the family line, Sainty hasn’t a prayer.