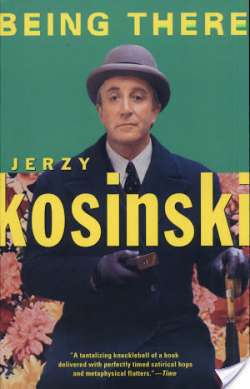 A quirky, brilliant novel starring Chauncey Gardiner, an enigmatic man who rises from nowhere to become a media phenomenon—“a fabulous creature of our age” (Newsweek). One of the most beloved novels by the New York Times–bestselling and National Book Award–winning author of The Painted Bird and Pinball, Being There is the story of a mysterious man who finds himself at the center of Wall Street and Washington power—including his role as a policy adviser to the president—despite the fact that no one is quite sure where he comes from, or what he is actually talking about. Nevertheless, Chauncey “Chance” Gardiner is celebrated by the media, and hailed as a visionary, in this satirical masterpiece that became an award-winning film starring Peter Sellers. As wise and timely as ever, Being There is “a tantalizing knuckleball of a book delivered with perfectly timed satirical hops and metaphysical flutters” (Time).