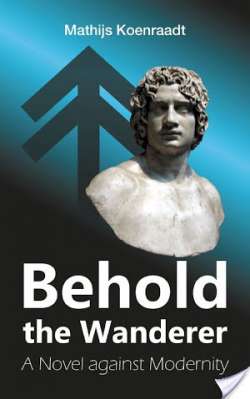 Behold the Wanderer: A Novel against Modernity

It's the year 213 NE, New Era. During an event called the Big Reset, any record of human history has been erased. All religious books have been burned. Even the memory of God has been abolished. Wulf Gungnirsson, an orphan left under an ash tree, dreams of a career in the Europolis, the World City that holds seventy billion people captive. Because work disappoints him, he begins to question himself and his society. After he meets the love of his life, his radical thoughts lead to his conviction for wrongthink. Wulf and his Inga escape into exile. As they try to rebuild their lives in the wilderness, they discover that the world's governing body, the Council, has committed an unfathomable crime against humanity. Wulf vows to preach the Truth. He raises an army of outcasts to overthrow the city. To succeed, he must confront his past and find the father who abandoned him. This book contains strong themes of paganism, existential angst, and war. It criticizes urban society and promotes a return to primitive lifestyles.