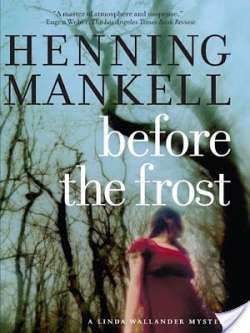 International bestseller: Kurt Wallander and his daughter join forces to hunt for a ritual killer in this “gripping, beautifully orchestrated” mystery (New York Times Book Review). Linda Wallander is bored. Having just graduated from the police academy, she’s waiting to start work with the Ystad police and move into her own apartment. In the meantime, she’s staying with her father and, like fathers and daughters everywhere, they are driving each other crazy. Nor will they be able to escape each other when she moves out. Her father is Inspector Kurt Wallander, a veteran of the Ystad police force, and the two of them are about to find themselves working a case that couldn’t be closer to home. Linda’s childhood friend Anna has disappeared. As the investigation proceeds, she makes a few rookie mistakes that are both understandable and life-threatening. But as the case her father is working on dovetails with her own, something far more dangerous, and chillingly calculated, begins to emerge. A “powerful” and “thoroughly engaging” thriller from “a master storyteller,” Before the Frost introduces an unforgettable new heroine to the acclaimed series that is the basis for the BBC television show starring Kenneth Branagh (San Francisco Chronicle).