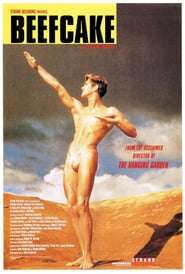 Thom Fitzgerald's (The Hanging Garden) provocative blending of fiction and documentary, tells the story of Bob Mizer, the pioneering founder of the Athletic Model Guild, a company which produced still photographs and short films extolling the beauty and chiseled physiques of men. The fiction story follows photographer and enterprising businessman Mizer, who teamed up with his mother in 1945 to film his beefy star-wannabes around his sun-drenched pool. It is here that Neil, a naive, right-off-the-bus teen is lured into using his handsome looks to become a model. The wide-eyed Neil soon learns about the world of sex and prostitution. But a police raid and ensuing criminal trial soon threaten both of the men's worlds. Interspersed with the story are rare archival footage and interviews with former co-workers, customers and models.