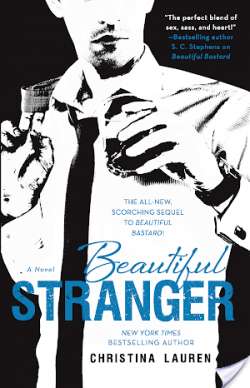 The all-new scorching sequel to Beautiful Bastard! A charming British playboy. A girl determined to finally live. And a secret liaison revealed in all too vivid color. Escaping a cheating ex, finance whiz Sara Dillon’s moved to New York City and is looking for excitement and passion without a lot of strings attached. So meeting the irresistible, sexy Brit at a dance club should have meant nothing more than a night’s fun. But the manner—and speed—with which he melts her inhibitions turns him from a one-time hookup and into her Beautiful Stranger. The whole city knows that Max Stella loves women, not that he’s ever found one he particularly wants to keep around. Despite pulling in plenty with his Wall Street bad boy charm, it’s not until Sara—and the wild photos she lets him take of her—that he starts wondering if there’s someone for him outside of the bedroom. Hooking up in places where anybody could catch them, the only thing scarier for Sara than getting caught in public is having Max get too close in private.