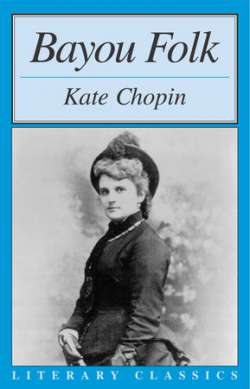 The author who today is probably best known for her novel The Awakening initially established her literary reputation with short stories about life in rural Louisiana during the late nineteenth century. The stories collected in Bayou Folk present remarkably vivid snapshots of daily life in a now vanished world. Many of them highlight the relations between blacks and whites in a society where the rules of engagement still reflected the entrenched patterns of slavery some two decades after the Civil War.

As she was ahead of her time regarding women's rights, Chopin was also farsighted about race relations. Perhaps the story "Desiree's Baby" about the birth of a mixed-race baby to two "white" parents best expresses the uneasy relationship between blacks and whites in the old South, and its strict codes against miscegenation.

Chopin's gifts for capturing the dialects of the region and for telling a compelling story in memorable vignettes provide the reader with a richly rewarding experience.