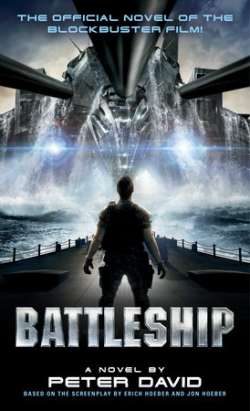 YOU SANK THE WRONG BATTLESHIP

During a routine naval drill at Pearl Harbor, American forces detect a ship of unknown origins that’s crashed in the Pacific Ocean. Lieutenant Alex Hopper, an officer aboard the USS John Paul Jones, is ordered to investigate the ominous-looking vessel—which turns out to be part of an armada of ships that are stronger and faster than any on Earth. And that’s when the Navy’s radar goes down. Ambushed by a ravenous enemy they cannot see, a small U.S. fleet makes their last stand on the open ocean, armed with little more than their instincts, to defend their lives—and the world as we know it.

The official novel of the blockbuster film!
Based on the screenplay by Erich Hoeber and Jon Hoeber