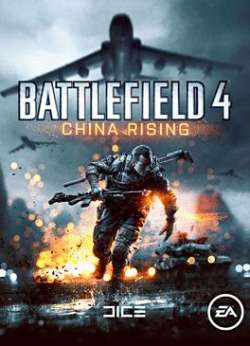 The battle continues on the Chinese mainland with the release of Battlefield 4 China Rising. All-new maps, vehicles, gadgets, and a new game mode await you in this thrilling expansion. Take the fight to the east and dominate on four exotic, all-new multiplayer maps: Silk Road, Altai Range, Guilin Peaks, and Dragon Pass. Jump into your jet or heli and dominate the dogfights in the Air Superiority game mode, where two teams fight for control of the skies. The fan-favorite Dirt Bike makes a triumphant return in China Rising, and the new Bomber lets you bring massive destruction from above.