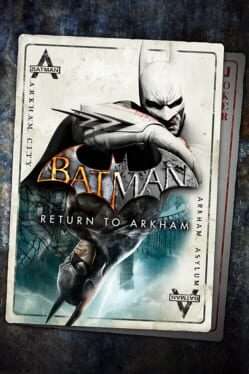 Batman: Return to Arkham sees the combination of two classic entries in the Batman: Arkham series make a return to modern consoles (PS4 and Xbox One) with improved graphics. Warner Bros. is remastering 2009?s Batman: Arkham Asylum and 2011?s Batman: Arkham City which will release in this collection package along with all of the associated DLC.