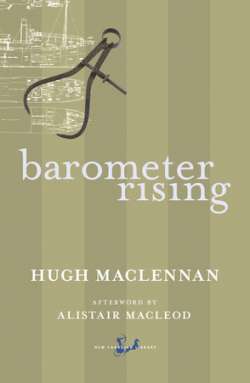 Penelope Wain believes that her lover, Neil Macrae, has been killed while serving overseas under her father. That he died apparently in disgrace does not alter her love for him, even though her father is insistent on his guilt. What neither Penelope or her father knows is that Neil is not dead, but has returned to Halifax to clear his name.

Hugh MacLennan’s first novel is a compelling romance set against the horrors of wartime and the catastrophic Halifax Explosion of December 6, 1917.