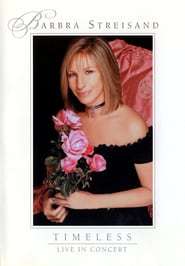 Timeless: Live in Concert, recorded at her Las Vegas show on New Year's Eve 1999, takes as its subject the star herself. It opens with a dramatization of her first, amateur recording session, with young Lauren Frost playing a part described in the credits as "Young Girl," though Streisand later refers to her as "mini-me." Frost doesn't get too far before being joined by Streisand herself on a stirring version of "Something's Coming" from West Side Story. The rest of "Act One" traces Streisand's career from her club days to her movie performances. "Act Two" has less of a narrative structure, though it is equally autobiographical, with Streisand displaying and commenting on videos of herself performing with other stars and building up to the stroke of midnight with a combination of old, recent, and new specially written songs. At 57 that night, Streisand remains in good voice.