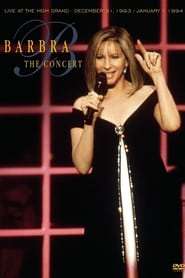 Barbra Streisand returned to regular concert performances with this lavish production at the MGM Grand Hotel in Las Vegas. Performing on New Years Eve 1993 and January 1, 1994 Streisand was a smash hit and a U.S concert toured followed through the first half of 1994. The tour concluded in July in Anaheim, California and the final performance was filmed for a HBO special and won Barbra two Emmys the following year. However THIS performance is the MGM Grand concert which was filmed but not released in any format until 2004.

How To Watch Barbra Streisand: The Concert