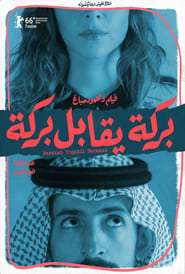 He’s a municipal civil servant from Jeddah whose origins are humble to say the least, while she’s a wild beauty, the adopted daughter of a rich couple whose marriage has suffered due to their lack of biological children. He’s also an amateur actor in a theatre company rehearsing a production of "Hamlet", while she functions as a crowd-puller for her stylish adoptive mother’s boutique and runs her own boisterous, widely-seen vlog. Fate brings them together – in an environment hostile to dating of any kind. But the two of them show breathtaking ingenuity to circumvent the system of tradition, etiquette and religious police – with the crucial help of a quirky midwife and a pink push up bra.

How To Watch Barakah Meets Barakah