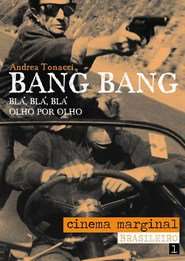 This endearingly crazy 1971 Brazilian film defies classification: its Portuguese title (Bangue bangue) refers to films we'd probably call "shoot-'em-ups," director Andrea Tonacci called it a "Maoist detective comedy," yet American audiences would probably consider it an experimental film. The anonymous urban protagonist experiences a series of absurd situations--including a crazy cab ride, an encounter with a wacky criminal gang, and lots of gunplay--but they're stripped of any story that might explain them and infused with a unique anarchic energy, eventually suggesting our true animal nature. As with Godard, it's partly an homage to genre filmmaking (there's singing and dancing, a little sex, and lots of violence), but what really powers the film is Tonacci's inventive camera.